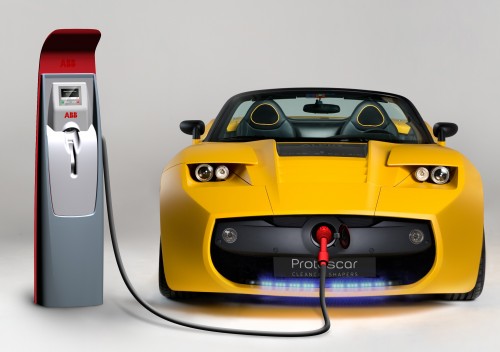 Electric vehicles first came into existence in the mid-19th century, when electricity was among the preferred methods for motor vehicle propulsion, providing a level of comfort and ease of operation that could not be achieved by the gasoline cars of the time. The internal combustion engine (ICE) is the dominant propulsion method for motor vehicles but electric power has remained commonplace in other vehicle types, such as trains and smaller vehicles of all types.

HYBRID VECHICLES - A hybrid vehicle is a vehicle that uses two or more distinct power sources to move the vehicle. The term most commonly refers to hybrid electric vehicles (HEVs), which combine an internal combustion engine and one or more electric motors. However other mechanisms to capture and utilize energy are included.
We ask you to please donate to the Big MaMa Earth Learning Academy an environmental solution based non-profit. Your donations will be utilized for continuing education about “Electric & Hybrid Vechicles” and other important issues.
Donate
<
>