DOLPHINS - are marine mammals closely related to whales and porpoises. There are almost forty species of dolphin in 17 genera. They vary in size from 1.2 m (4 ft) and 40 kg (90 lb) (Maui's dolphin), up to 9.5 m (30 ft) and 10 tonnes (9.8 long tons; 11 short tons) (the orca or killer whale). They are found worldwide, mostly in the shallower seas of the continental shelves, and are carnivores, eating mostly fish and squid. The family Delphinidae is the largest in the Cetacean order, and evolved relatively recently, about ten million years ago, during the Miocene. Dolphins are among the most intelligent animals, and their often friendly appearance, an artifact of the "smile" of their mouthline, and seemingly playful attitude have made them very popular in human culture.

​Dolphins, along with whales and porpoises, are descendants of terrestrial mammals, most likely of the Artiodactyl order. The ancestors of the modern-day dolphins entered the water roughly 50 million years ago, in the Eocene epoch. Hind limb buds are apparent on an embryo of a spotted dolphin in the fifth week of development as small bumps (hind limb buds) near the base of the tail. The pin is approximately 2.5 cm (1.0 in) long. Modern dolphin skeletons have two small, rod-shaped pelvic bones thought to be vestigial hind limbs. In October 2006, an unusual bottlenose dolphin was captured in Japan; it had small fins on each side of its genital slit, which scientists believe to be a more pronounced development of these vestigial hind limbs.

Most dolphins have acute eyesight, both in and out of the water, and they can hear frequencies ten times or more above the upper limit of adult human hearing. Though they have a small ear opening on each side of their head, it is believed hearing underwater is also, if not exclusively, done with the lower jaw, which conducts sound to the middle ear via a fat-filled cavity in the lower jaw bone. Hearing is also used for echolocation, which all dolphins have. Dolphin teeth are believed to function as antennae to receive incoming sound and to pinpoint the exact location of an object. Beyond locating an object, echolocation also provides the animal with an idea on the object's shape and size, though how exactly this works is not yet understood.

Dolphins are often regarded as one of Earth's most intelligent animals, though it is hard to say just how intelligent. Dolphins are social, living in pods of up to a dozen individuals. In places with a high abundance of food, pods can merge temporarily, forming a superpod; such groupings may exceed 1,000 dolphins. Individuals communicate using a variety of clicks, whistle-like sounds and other vocalizations. Membership in pods is not rigid; interchange is common. However, dolphins can establish strong social bonds; they will stay with injured or ill individuals, even helping them to breathe by bringing them to the surface if needed. This altruism does not appear to be limited to their own species however. The dolphin Moko in New Zealand has been observed guiding a female Pygmy Sperm Whale together with her calf out of shallow water where they had stranded several times. They have also been seen protecting swimmers from sharks by swimming circles around the swimmers[31][32] or charging the sharks to make them go away. Dolphins also display culture, something long believed to be unique to humans (and possibly other primate species).

Pesticides, heavy metals, plastics, and other industrial and agricultural pollutants that do not disintegrate rapidly in the environment concentrate in predators such as dolphins. Injuries or deaths due to collisions with boats, especially their propellers, are also common.

Various fishing methods, most notably purse seine fishing for tuna and the use of drift and gill nets, unintentionally kill many dolphins. Accidental by-catch in gill nets and incidental captures in antipredator nets that protect marine fish farms are common and pose a risk for mainly local dolphin populations. In some parts of the world, such as Taiji in Japan and the Faroe Islands, dolphins are traditionally considered as food, and are killed in harpoon or drive hunts.

DOLPHIN PROTECTION - The Marine Mammal Protection Act of 1972 (MMPA) was the first act of Congress to call specifically for an ecosystem approach to natural resource management and conservation. It was signed into law on October 21, 1972 (and took effect 60 days later on December 21, 1972) by President Richard Nixon. MMPA prohibits the taking of marine mammals, and enacts a moratorium on the import, export, and sale of any marine mammal, along with any marine mammal part or product within the United States. The Act defines "take" as "the act of hunting, killing, capture, and/or harassment of any marine mammal; or, the attempt at such." The MMPA defines harassment as "any act of pursuit, torment or annoyance which has the potential to either: a. injure a marine mammal in the wild, or b. disturb a marine mammal by causing disruption of behavioral patterns, which includes, but is not limited to, migration, breathing, nursing, breeding, feeding, or sheltering." The MMPA provides for enforcement of its prohibitions, and for the issuance of regulations to implement its legislative goals.
We ask you to please donate to the Big MaMa Earth Learning Academy an environmental solution based non-profit. Your donations will be utilized for continuing education and solutions for “Dolphin Protection” and other important issues.
Donate
<
> 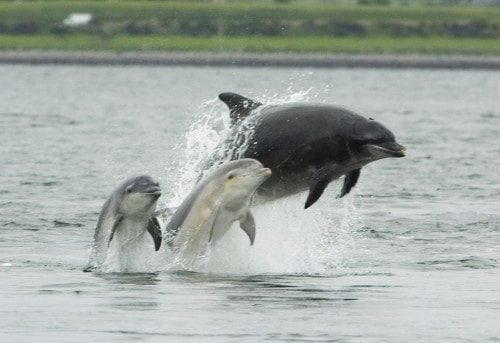 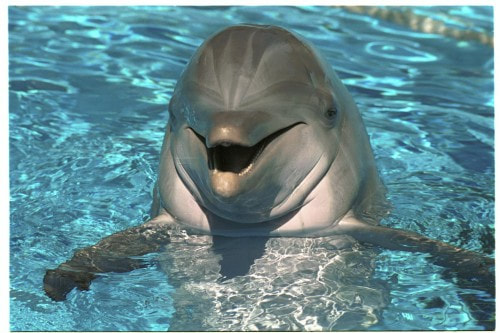 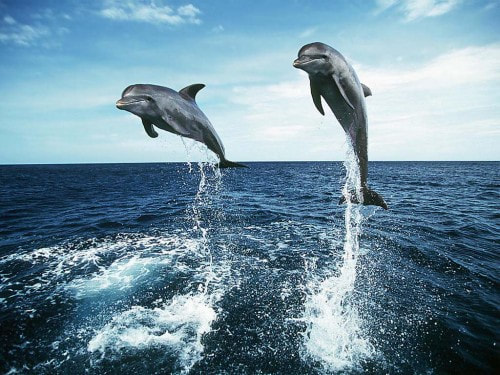 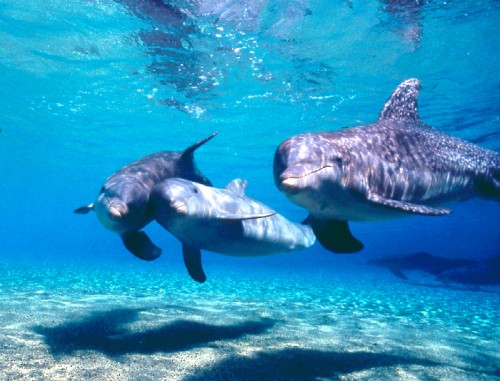