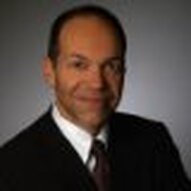 David Pierce – “Triathlete David” – Team Member.​
David feels strongly about the environment and is a competitive runner and triathlete. He is an accomplished corporate leader with over 20 years experience driving the strategic turnaround and growth of high profile companies and divisions in the media and entertainment sector. Balancing advanced business acumen, a revenue-driven mindset, and a common sense approach to achieving results, David has consistently revitalized underperforming businesses, driven year-over-year revenue and market share gains in one of the toughest and most competitive industries.

Most recently, Mr. Pierce has consulted for a series of technology and digital media Start-ups and SMB’s where he has offered management oversight and financial sourcing alternatives. He has functioned in a variety of capacities as CEO, Acting-COO, Board of Director and Advisory Board Member.
​Sony Music Entertainment — Sony Pictures Entertainment — Atari — New World Pictures

He is the former President and CEO of Atari Inc., a NASDAQ, $150 million interactive media company. David was recruited to overhaul the U.S. operation while redirecting the corporate strategy in order to position the business for new growth.

Increased Columbia Tristar revenues by 250% and more that doubled market share from 12% to 25% – reengineered the business, spearheaded a complete strategic and cultural shift, and orchestrated new partnerships with Sony Electronic Publishing, Epic Home Video, New Line Pictures, Wal-Mart, Costco, Target, and Toys R Us
​
Restructured and re-strategized Sony Wonder from a $75 million division with $15 million annual losses to a $200 million business generating $15 million in annual profits – improved the operating infrastructure, re-built the sales and marketing mechanisms, and negotiated over $110 million in new deals.
To complement his successes in the business arena, David volunteers as an Advisory Board Member for Indiana University’s MBA Sports & Entertainment Academy and serves as a Mentor with Michigan State’s Eli Broad College of Business. Equally driven in his personal life, David is a competitive runner and triathlete with the Boston Marathon, New York Marathon, Florida Half-Ironman, and international marathons in London and Dublin to his credit.
Support Us